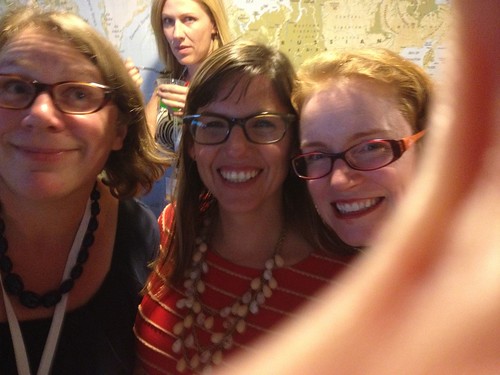 The theme of the EVO ’12 social media conference that Heather, Wendy, and I just attended in Park City, UT was “changing perspectives,” and it was executed beautifully.

How could I, a non-religious Jewish girl from West Los Angeles who is fulfilled by a final count of two children, not get a change of perspective after spending a weekend surrounded by crafty Mormons who were SMART AS HECK. 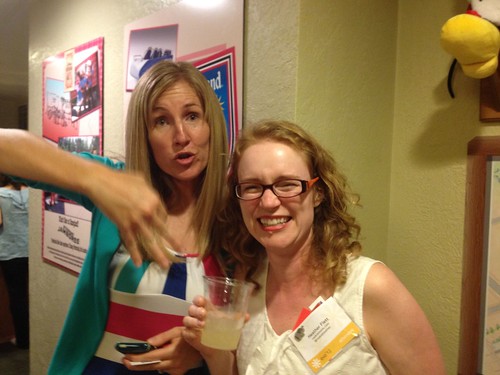 When I use the term crafty, I don’t mean sneaky. I mean that they know how to photograph, sew, and spray paint anything.

On multiple occasions, I would sit down next to a lovely young woman whom I assumed to be too young to even have children, only to learn that she had three. Or six. Shows you what I know. My context clues were all wrong. I don’t even know what kind of assumptions I held, but they were meaningless.

To answer a frequently asked question about blogging conferences, is it business or pleasure: It is both.

There are some panel discussions aimed at helping attendees grow their blogs, their skill sets, and their resumes, but there are also a ton of hands-on activities that create new bonds between teams.

There are chair lift rides in the dark, guacamole-making contests, and hot tub sessions in which it’s hard to recognize people you met earlier that day. It’s the old golf course business meeting turned girly.

There is lots of crying. And hugging.

Why crying? Because the speakers are so inspiring that it is an absolute privilege to be in the crowd.

Sheila Bernus Dowd, CEO of Clever Girls, is in remission after breast cancer. DerreckÂ Kayongo was a refugee in Uganda and is now an American citizen and founder of a non-profit that will save lives in developing countries. Casey Mullins’s self-deprecating comedy about anxiety and depression invites every listener to feel a connection with her. Diane’s slide show shows us spontaneous, blurry, joy returning to the lives of two little girls after the loss of their father.

That is but a small sample of the stories that were shared, put out into the crowd, so that each of us could mull them around in our brains and decide how we want to react, who we want to be.

Then, there were the tiny people. People so small they slept in small envelopes of fabric against their mother’s chests. Or slightly bigger ones who crawled beneath conference tables in search of outlet plugs with which to fiddle or cookie crumbs to pick up in their little fists.

It made me happy to see these moms attending the conference, soaking up the energy of their fellow bloggers, and continuing to build their own personal brands at the pace that worked for them and their families — with their babies in tow. Carly from Living the Scream Amanda from Not Just Cute

Working with a baby at your breast or at your feet is not for everyone. I sit in the pew that hires paid childcare during work hours. (Oh, who am I kidding: I never sit in any pew.) But it is inspiring to me, nonetheless, to be around these moms who are workin’ it. Annalise from Now For Something Completely Delicious